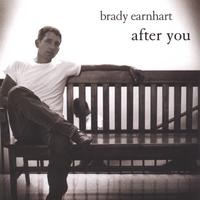 (Crane wrote The Red Badge of Courage without ever having seen battle himself, and he did it so well that soldiers who had actually been in the Civil War claimed to have fought alongside him. He later visited actual battlefronts overseas, but his descriptions of them were never as vivid as those he had imagined. In the song, the singer is reminded of Crane’s life by his own. The cello solo at the beginning is the hymn that has come down to me as “Be Thou My Vision”; it was originally an old Irish folk song.

That’s the late Freyda Epstein singing the beautiful descant part she made up on the spot in the studio; she also sings here on “Tide by Tide” and “Stick.”)

You’ve seen it in your mind’s eye
But now it’s at your door
And you’re afraid if you can touch it
You won’t want to anymore
Don’t go yet–can you write another line
This one time?

I am older than I ever was
And calmer than I ever was
Gray against a yellow sky
Shined up in the wind
Don’t go yet–can you write another line?
I think I’ve seen your face before
Didn’t you and I both miss that war?
Well since then I’ve missed several more . . . .

KING OF MY LIVING ROOM

(A bunch of Charlottesville singer-songwriters–Nickeltown, Danny Schmidt, Jan Smith, The Naked Puritans’ Lance Brenner, Stratton Salidis, Paul Curreri–& I use the title of this song as a name for the group performance-parties we hold from time to time. A live CD of some of the best of these is available here.)

(A gargoyle perched on a cathedral wall has fallen in love with a girl he sees passing below, but she’s having none of it. Terrible how astonishing it is when our desire for someone turns out not to be reciprocated.)

(I learned this song listening to a Dick Gaughan cassette while I was driving around in Ireland. It’s credited to Sir Walter Scott but sounds like the kind of thing that grows out of a country over many years. When we started recording, I accidentally tuned my guitar a half-step high, which we didn’t discover until Jen came in; she bravely tuned her cello up to match. When Eric heard the tape for the first time before adding his finger cymbals, the first thing he said was, “What’s a folk song doing in C#?” That’s perfect pitch for you.)

Now let this willful grief be done
and dry your cheeks so pale
young Frankie’s Chief of Errington
and Lord of Langleydale
his step is first in peaceful hall
his sword in battle keen
but ay, she let the tears doon fall
for Jock O’Hazeldean

A coat of gold ye shall nae lack
nor combs to bind your hair
nor mettled hound nor managed hawk
nor palfrey fresh and fair
and you the foremost of them all
will ride–our forest queen
but ay, she let the tears doon fall
for Jock O’Hazeldean

(The character in this song is a composite of people I’ve known & been growing up in south Florida. One was an old hitchhiker I gave a ride to once who invited me in for a beer. He had moved down from North Carolina but thought Florida was an awful place because there was no real winter “to kill the flies.”)

Bear me out waterspout
I watch you tide by tide
everybody gets what I say they’ve got coming.

Still I catch my throat on a fishing boat
I watch it tide by tide
everybody gets what I say they’ve got coming.

(Alfonse and Gaston were a vaudeville duo (echoed by Chip & Dale in the cartoons) who mocked excessive politeness–a quality that can be deadly to a relationship, or a sign that something crucial was absent from the beginning.)

Things you used to tell me early on
they’ve come to mean so much now
you said you’d wake up one day and I’d be gone
and I told you to hush now
now and then I find the trail you left
but it’s too steep to let me catch my breath
and I can’t tell if I’ve been running from or running to
after you, after you, after you

Sometimes I pass by the place we met
and drank away the evening
we’ve spun round and round so long now I forget
which one of us is leading
maybe all that dance was nothing more
than some Alphonse-Gaston act at the door
both of us refused to be the first one to get through
after you, after you, after you

(“Life is a comedy to those who think, and a tragedy to those who feel”–I thought Oscar Wilde said this, but it turns out to be Wilkie Collins in his 1870 play Man & Wife. At the end of the song, that’s Jeff Romano singing “You got the high ones again” and Browning Porter (the other half of the group Nickeltown) scowling back “Yeah, & you got the brass ones again.”)

You stay behind the bar when I’ve come all this way to see you
like you got more important things to do
if you can spare a minute between mixing drinks and signals
have you got five singles for a two?

Roll that stick on the table
put another quarter in the slot
let’s not dwell on
the time we haven’t got
now I’m looking in your eyes, dear
and you’re looking at your watch
break ’em up now
carve yourself a notch
leave me sweet now

I used to ride my bike down to the beach to watch the sun come up, & I knew a guy who lived in the trailer park between the International House of Pancakes & Pantry Pride just off 8th St. in Delray, though only the IHOP is still there.

I live in a trailer park between Pantry Pride
and the IHOP at nine o’clock every night
the train passes so close I feel
like I’m a bearing in a wheel
sometimes I get up about five a.m.
stop by the curb where they leave the bread
go down to the ocean and hide
in the seagrapes until dawn

I saw a dolphin chasing something at high tide
I want to know where he’s gonna be when the
sun goes down tonight . . . .

(This song is about more people than it should be; suicide rates are high among gay teenagers. The night we recorded the vocals the song made me cry, which made it, ironically, kind of tough to get a listenable take.)

(I first heard this song on a miserable January night in San Sebastian, in the Basque Country. A beautiful woman in a bar was singing it accompanied by a sharp-eyed, scraggly old guy with an accordion. Later my friend Salba found a recording of it for me & I came up with my own arrangement. I figure the idea behind the twisted lyrics is to entertain the babysitter while the melody is putting the baby to sleep.)

(The first song of mine that Nickeltown (then The Tree Frogs) covered–or anyone, for that matter. It started out as just a finger-picking pattern I was trying to get right, but there was a lot I needed to say while I was practicing it.)

(My favorite of my own songs.)

(I was listening to a lot of Andy Irvine & Paul Brady just before I moved from Albany to Charlottesville, which probably had something to do with the guitar part here. Albany isn’t strictly a college town, but it sure is a lot easier to find a parking place in the summer.)

Faces that I daydreamed of
they don’t have the hold on me they had before
did I call what I felt for them love?
that was just make-up my loneliness wore

It’d take some Adam to make you Eden
give me the apple and we’ll call it even
you thought you’d won me but I was only beaten
I’ll darken your doorstep no more, Albany

Christmas Eve it’s raining, first of June it snows
and the only time I want you is when it’s time to go

It’ll take some distance to make you Eden
keep the apple, we’ll call it even
you thought you’d won me but I was only beaten
I’ll straddle your potholes no more
I can’t keep an eye on the forest at Albany