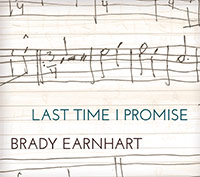 Your father’s in the Chris Craft
You frame between your skis,
Waiting for his son to make the call.
Your cousins all had their turns,
And they’re yawning at you now—
They think all you know how to do is fall.

But this time, when he hits it,
The thought gets in your head
That standing up’s just standing, after all.
The boat erupts in cheering
As you bounce across its wake,
And if you don’t let go
You’ll never have to fall.

Friday night, almost dawn,
Lights in the kitchen, everybody gone home.
Then here you come with your wings on wrong
Out of the bathroom, picking up this song.
Do you believe
The nights seem a little lonely lately?

Smell the lake—must be spring.
Lock my bike to a diamond ring.
Shade’s so cold, but the sun’s so hot,
Might get work done, then again might not.
Do you believe
The nights seem a little lonely lately?
Do you believe the days seem lonely too?

I know you’ve been hurt now
And you’re trying to let go.
You seem undecided about what to take slow.
I’ve used my best tricks up
Just trying to make good,
Like the sun between branches, sky on a river.

Wide asleep, fast awake.
Still no call. (I need it but it could wait.)
What I’ve done, let it speak for me.
I’m worse than some, better than I could be.

Meaning to play, oh meaning to play.
I get my best work done on a Saturday.
If it comes out splendid
It’s because I just intended to play.

Snowflake went to the children
All upset about Daisy—
That horsey hurt her feelings
Saying Snowflake was lazy.
I can’t find a job, she said,
I haven’t got a car,
My office skills are limited,
And I can’t see very far.

Snowflake, sweetheart,
You’re doing your share.
We’re the ones that made you,
And we made you to care.
We needed a friend
Who would be solid and true,
And only a snow-covered
Pink pig would do.

Hey, look at Snowflake now—
She’s playing duck duck goosey
With a horse and a cow.
When your fun’s at stake
It’s amazing the friends you can make.

Meaning to play, oh meaning to play.
You’d be surprised what started out that way.
I’ll show you what I’m made of,
Even if it’s papier-mâché.

The next day Friendly told me,
That Daisy’s kind of blue.
I went up to Daisy
And I asked her was that true.
She said, It’s hard to be a horsey.
It’s taking its toll.
Daisy was having
A dark night of the soul.

Daisy, sweetheart, look here, I said.
You’re letting those problems
Get too big in your head.
I dried off her tears
So she wouldn’t fall apart.
She fell asleep dreaming
Of a brand-new start.

Hey, look at Daisy now—
She’s wearing garlands of flowers
While she’s pulling that plow.
The farmer might frown,
But you can’t keep a good horsey down.

Meaning to play, oh meaning to play.
Stick to your dreams
And there’ll be heaven to pay.
The big green statue
Started off as a batch of brown clay.

Daisy apologized
And righted her wrongs.
I sat down that night
And I writed this song.
I did it for fun,
I didn’t do it for greed.
I like how it goes
More than I care where it leads.

Every now and then
When I’m at my guitar
I get a kind of feeling,
And the feeling goes far.
I’m so happy my guitar’s on my knee,
And my guitar’s so happy
That it’s got me

To play, oh meaning to play
I do my very best work done on a Saturday.
The tower’s still leaning,
And the chapel’s still Sistining,
Ice-cream’s still got
Xanthan gum and carrageenan,
And the oceans are still careening,
Meaning to play.

The chance I took so long to take
Can burn out just as sure
As ones I scooped up with both hands can shine.
All that time I took to wonder
Things I might find out . . . .
Best trust my ears and eyes.

Some guys you just tell yourself,
Aw—it’s one of them,
And some make you stop and say, Look—it’s him!
So I go for broke and get there—
Least I tried my best.
(Sometimes I’m right, I guess.)

You might not know what train to catch
Or how to skip a stone.
I hear you’ve been known to wear stripes and plaid.
But din’t you dogsit twice for me?
And when it looked like rain
Took my chair inside in time.

Miss Watson and the Widow Douglas
Did what no one else in our town would—
They cleaned me up proper
To turn me into something good.
So I paddle down to Jackson’s Island,
Find a cave to sit the storm out in,
And who’s there but Miss Watson’s Jim.

She never did me any kind of harm I knew,
And here’s Jim running off to steal his family too,
But bad’s the only calling I was raised to do.

Fishing with him, when our shoulders touched,
I felt like I wasn’t alone.
With him on the raft I was more than just
Some thing my daddy owned.
He talked about his wife and daughter—
It made you want to cry,
But then I’d think what folks would say
And I felt so dirty inside.

So I start a letter, Dear Miss Watson,
I got your contraband Jim with me.
Send bounty men to fetch him.
Here’s where we ‘re gonna be.
I could feel the face of God smiling,
Seeing such a troubled child turn true,
And I tore that letter in two.

If I ever broke a mirror Jim’d take the spell,
And he fished me from the river
When I tripped and fell.
If it’s hell it takes to save him let me go to hell.
I’ll go to hell.

I’m proud to be a doctor’s son.
The water’s hot, the driveway clean,
The smell on Thursday afternoons
Of fresh-cut grass and gasoline.

And when our neighbor Chris got cut
On a sprinkler head, playing tag at night,
My father sewed his foot and told him,
Just make sure you keep it dry.

He skipped his day on the Gulfstream course.
We snorkeled the reef at the Seahorse Inn,
Watched a moray snarl, and picked up
Sea glass brown and blue and green.

When I was twelve we lived in Spain.
He took us skiing at the Val d’Arán.
I tasted wine from a glass porrón
And learned ten words of Catalan.

I’m proud to be a doctor’s son.
He did what he struck out to do—
Left his Indiana town
To work on Atlantic Avenue.

All I can find of my childhood today
Is a shortcut through Friday afternoon—
A Scotch-plaid cooler, a friend with no bike,
And blue sky around the white moon.

All I can find of my drugstore guitar
Is a song with all the answers left out.
Long though I held back to wander inside,
What could that song tell me now?

My mother raised mangoes, gardenias, and me,
High as her brown arms allowed.
Wherever or when I pick up a garden hose
It’s her plants I’m watering now.

You’ve been making it
Just in time enough for now.
I’ve spent too long outside to let you.

Nobody put us in a song like you.
Bless the strings you reached us through,
Playing parties while your sweetheart slept.
Even the lions and the tigers wept.
Nobody ever had a love like you—
A clearer eye, or a heart more true—
But at your wedding she was crossing the field,
A fucking viper got a taste of her heel.
Look back.

You saw the only plan to take unfold
Like it was scrawled on an ancient scroll:
Do what no other man ever could,
And fetch her back from the underworld.
You stuck your harp up under your arm,
Got your bearings, and you left the farm.

Hades couldn’t believe his eyes—
A mortal walking his dark paradise.
Said, I think I know what you’re here about,
But you can’t look at her on your way out.
You’re almost up the tunnel now, the sky’s in sight,
When all the sudden you see the light:
Sure it’s sad to lose your oldest friend,
But now you’re gonna have to be a husband again.

I never knew what cold could be
Till we lived in Randall.
Had a cord of wood all leaning on one match.
I loved how that cast iron would sound
As the big room let its shoulders down,
Like nothing outside the stove could ever catch.
I’ll be there if you want me, unless I need to.

Parties through those pretty years,
The power in just the dancing
Cranked so hard it felt against the law.
The glass had such a hold on us
We had to keep an eye out
Or might have got sucked down in single-malt.
I’ll be there if you want me, unless I need to.

Debbie told us about the guide
She met in Guatemala,
Walked tourists through the pyramids every day.
He’d splash the walls with kerosene
To make the colors brighter
Even while it ate the paint away.
I’ll be there if you want me, unless I need to.

Somewhere behind the house
I thought I might feel
Some hand I’d held too tight
Say how wrong it had been to grow.
Just when I was so strong
No rescue could throw me,
Or too weak to be free,
You made light of me.

I almost said to you,
You never knew me.
That night’s burned off us now.
I don’t have anything to say.
Every time you did right
I’d make like you owed me.
Dark was all I could see,
And you made light of me.

When the green man gave in to the tame,
And the mountain was mocked by the tree,
And all I could hear was my name,
And the jailer turning his key,
And I did it and I got the blame,
And the Greek boy fell into the sea,
And I stayed up all night just to say
My sins like a rosary,
You made light of me.

The sound man faded Fire and Rain to black.
The tip jar stood half full on a chair.
Such a hush fell over the crowd of twenty-three
You might have thought that only ten were there.
I made my way from the spotlit stage
Through almost every word of every tune,
But then you walked across the room.

I’ve had kings with thrones in gated realms.
I’ve had soldiers with fortunes. I’ve had men
Who left me gasping on the beach so long
It seemed no one could throw me back but them.
One or two regaled me with such charm
We nearly stood together groom and groom,
But then you walked across the room.

I want a man mixed up just right:
Soft in the morning and mean at night.
A pound of sense and an ounce of courage.
I want a man like Baby Bear’s porridge.

I want a man with a few good friends—
A couple of women, a couple of men,
Not the kind with a big entourage.
I want a man like Baby Bear’s porridge.

AD FOR AN IMAGINARY RUSSIAN RESORT

Good friends are always friends,
And they always get on the scene.
Kolos at Vassina!

Top-flight lodging and dining down by the sea.
Kolos at Vassina!

Girls here we will liking them,
Though we all die bravely for this.
Kolos at Vassina!