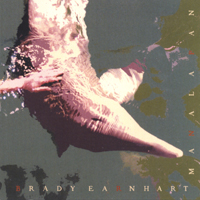 (The name of a small town just north of Boynton Beach, FL, where I’ve spent a lot of time snorkeling. A loggerhead is a kind of turtle that comes ashore there to lay its eggs. The phrase “my closet friend” was a lucky writing accident. I meant to write “my closest friend” on a napkin, but the bar was dark . . .)

Did you hear that voice out from the Gulfstream
again now? it’s just wind in the pines
Did you see that loggerhead this evening
again now? right here the tracks turn round
to make their way back down to the sea

(Somebody called this “a dangerous song.” (I think of Vic Chesnutt singing, “I can dodge the thunderbolts.”) It’s at least about a dangerous mood. When I played it for my friend Mike Perrow he got the idea of playing it with horns, as in Steve Reich’s “Music for a Large Ensemble.” Listening to Kris Curran splash down each color of the arrangement made for one of our most exciting days in the studio. The bass part I scored probably owes something to Danny Thompson’s great work with John Martyn. Carter did an amazing job riffing on it.)

Though when you took me I was young
though you professed that you were strong
though what you told me
I hope might turn out wrong
I’ll take my chances I did all right before
I don’t want everything
I just want . . . .

(In West Medford, MA, a short walk from Arlington, there’s a plaque commemorating Paul Revere’s famous ride down (what’s now, anyway) High Street. The first line came to me on a walk. Jan Smith & Danny Schmidt helped me realize how dark a character lurked in the melody. Eric’s playing the flasher-light glockenspiel.)

All through Arlington
where’d they hide that turn I used to know?
thrown out by the rotary onto Sagamore . . . .

(“ketchup seed” is my feeble attempt at a play on “faith as a mustard seed” (Matthew 17:20). “Catamount” is another name for “mountain lion.” A “Hobson’s choice” means no real choice at all–named after an English livery stable keeper who made his customers either take the horse nearest the door or go without.)

(I wrote this one summer while I was painting a house for my brother. “The Grove” is Coconut Grove in Miami–once an artists’ neighborhood, now one big pricey boutique/mall (it even has a Hooter’s). The bark at the end of the fade-out is Jeff’s dog Jimmy.)

& If you never give me
a penthouse in the Grove
does it matter?
there’s nothing there I need
I know my heart is in me
breaking like a wave underwater
& I’ll go where it leads

I meant to take my time
but the hook was set & you held the line
now to my shock I find
what looking never would’ve found . . . .

(I woke up one morning–after listening to a lot of Richard Buckner–with this refrain going through my head. My friend Rod Waterman suggested the slowing down of the last verse. The electric 12-string I’m playing–the only one we could find–is the upper neck of a borrowed Jimmy-Page-type conjoined Epiphone.) (Roger McGuinn auditioned, but he couldn’t quite nail the part.)

It’s been a good autumn of kinda settling down
& that’ll make a long vacation
of waking up without you around
it’s hard enough to see you getting on that plane
but thinking of you home all Christmas
trying not to say my name . . . .

Honey don’t think your mama don’t know
din’t she name you Troy
to remind you what to buy when you find a boy?
go ahead & play it coy
just don’t think she don’t know

(Not long ago I realized with a shock how many of my songs are about hero worship. Hmm. This one is my ode to summer too. The flower in the last verse is a night-blooming cereus. I saw one open as a kid & it made a big impression on me. They actually bloom a lot more often than once a decade, but they close again so quickly that most people never get to see one. This song was definitely the toughest piece on the new CD to record–it just kept needing one more thing (18 separate tracks in all). The tock-tocks in the last verse are a combination of re-pitched temple blocks Eric played & two branches we found in Jeff’s back yard. I had a blast teaching myself electric guitar on his strat knockoff. The click you hear right after the bass comes in is the sound of it being plugged in.)

These summer nights have just been poured
how’d I never get a taste before
if I stretch just a little more
my feet might reach the floor
you walk in & the barstools spin
the dumb stop talking & the beermugs ring
you might be the guy with the hot red car
but how can I know for sure?

(When I was a kid I used to hear folk songs about herding cattle, jumping trains, & “balling that jack” (whatever that is), but growing up in the suburbs of south Florida made that kind of thing seem pretty exotic to me. So this is my suburban folk song, recorded at a King of My Living Room show in Charlottesville. I’m a little self-conscious about the loud audience sounds (“That’s not a laugh track, dammit!”), but there was no way to turn them down & I really like the mood of the performance.)

What should I wear
what should I wear to get my car repaired?
if I had my jeans
I picked up bruised in ’82
with the roots that grow out blue along the seams
would he think more of me?

How should I know
how should I know how much my oil should weigh?
if I should guess
& say fortyweight this once instead of yes
would he charge me less?

What should I hum
what should I hum until the work gets done?
am I so wrong
to think the man with the chevron shirt & the sears fatigues standing next to the machine that says don’t go ’round hungry might be inclined towards country?
& what is country?

(One of the first songs I ever wrote; it first tumbled out onto the 4-track in a few hours, mid-October 1989, during a sad break-up in upstate New York.)

(Another song from 1989. While we were recording I heard Joe Lawlor backing up Devon at a 9/11 benefit in Charlottesville & knew he would do a good job adding vapor trails on guitar.)

Outside it was raining
as far as it could rain
you made me watch you smile at him
& I made you watch my pain
if something inside me starts to spin
like a song I can’t stop singing
if I let myself begin . . . .

All my things are packed now
I’m halfway to the car
I stop & hear the phone inside ringing in the dark
if I find the ties between us looking strong
if I start to think I’m wise enough
to prove the clichés wrong . . . .

(While Walt Whitman was working as a nurse in makeshift Civil War hospitals, he fell in love with several soldiers, one of them named (curiously enough) Tom Sawyer. I spent a lot of time with Whitman on my mind as I was writing my doctoral dissertation on his work; this song is a very loose adaptation of some of his letters. A few sad excerpts:

Dear brother,
I sit down to rattle off in haste a few lines to you . . . My thoughts are with you often enough, & I make reckoning when we shall one day be together again–yet how useless it is to make calculations for the future. Still a fellow will.

Tom, I wrote you one letter April 21st, & then another April 26th. The first one must have gone all right, but I have not heard whether you got my second letter. I enclosed in it an envelope with my address on, in hopes you would write to me . . .

My dearest comrade,
I cannot, though I attempt it, put in a letter the feelings of my heart–I suppose my letters sound strange & unusual to you as it is, but as I am only expressing the truth in them, I do not trouble myself on that account. As I intimated before, I do not expect you to return for me the same degree of love I have for you.)

& I know that if we make it through this year alive
after it all somewhere
out of it somewhere . . . .

(I had the chorus running through my head for about 2 years before the rest of the song finally took shape. We asked Carter to play the bass solo as if he were drunk, & he came up with that beautiful childish line. Recorded the piano in Bruce Johnson’s living room one night while he, Ann, & Erin maintained their sweet inconvenient silence.)